Mancheski was lounging around his family’s south Stevens Point home on Feb. 4, just days before he was set to fly to Los Angeles to meet with modeling agencies.

The Class of ’15 SPASH graduate, 20, recalled his days living in New York, trying to earn a living as a clothing model—an experience that lit an entrepreneurial ember inside of him he would not recognize for months.

“It was hard to get used to, but you will get turned down 100 times for every one time you get a yes,” he said of the modeling business. “You can’t get down on yourself if you get turned down.” 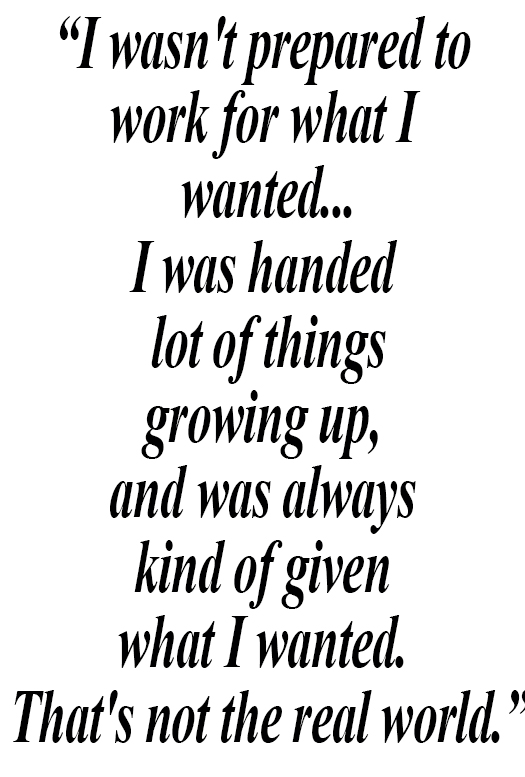 Mancheski, six-foot-one with a slender build, has been modeling in some form since he was an infant, when his mother, Heidi—also a SPASH graduate—would enter him in baby pageants at the now-defunct Centerpointe Mall. When he turned 14, he started getting job offers with a modeling agency in Chicago, forcing him to juggle his budding career with schoolwork and football.

“I was missing a lot of football, and that wasn’t going over well with coach—he’s like, ‘football or modeling’,” Mancheski said, chuckling. “I decided to finish football because I wanted to round out my whole kid experience, and I’m glad I did. I love football.”

After high school, Mancheski took a semester of college courses in marketing, then decided to take some time off and hit the Big Apple.

It was a culture shock he wasn’t prepared for. What’s more is, he freely admits it.

“Everyone’s goal is to get to New York; everyone there is already established and the competition is a lot harder there than it is here,” he said. “I just went full-force there, and I don’t think I was ready.”

In between casting appointments with modeling agencies, he also spent three months studying at the famous Lee Strasberg Theatre & Film Institute—an experience he said he’s glad he tried, but quickly taught him it wasn’t his forte.

The scarcity of work for an unknown name was also tough on Mancheski, who took a job as a server at high-end events to help pay the bills. “When you model, you have no idea when you’re going to get paid, so you have to spread it out…and rent in New York is not cheap at all.”

Tough times in the big city were exacerbated, being so far away from family, he said, and despite frequent encouraging phone calls from his mother, he decided to come back home after six months.

“In retrospect, it was my lack of understanding; I wasn’t prepared to work for what I wanted,” he said. “I was handed a lot of things growing up, and was always kind of given what I wanted. That’s not the real world, and I’m so glad I learned that at 18. It’s the biggest change and the best change.”

His experience on the east coast gave Mancheski the courage to produce his own clothing line, called iame (pronounced “I am me”), and the lift in his spirit and voice is obvious when he talks about it.

“I created it on March 16, 2017; that’s the exact date I came up with the name,” he said proudly. “I was sad and down from my experience in New York, and I felt like a failure. I thought, ‘What are people going to think of me? Are they going to think I’m a failure because I had to come back?’ All these thoughts are running through my mind and I thought, ‘Ya know what, I am who I am,’ and that’s how iame was born.”

“I was super excited for him; we’re a family of entrepreneurs,” said Heidi Mancheski, who is in real estate. “It’s a long haul, and we’ve talked about having realistic expectations. Alec’s always been ahead of his years, the way his brain works and operates.”

Mancheski has placed his modeling career on hold just brief enough to kick-start the new company. With help from his mother, and close friend Hannah Beilke of Amherst, he created a product line consisting of t-shirts, hoodies, joggers and accessories, with logos and embroidery performed at Wisconsin. He sells his clothing items online (“I even had an order from Spain the other day, and that was pretty cool,” he said), door-to-door, and in a downtown boutique.

Along with his line on the rack at Bria Bella & Co. in Downtown Stevens Point, Mancheski has also sold his wares to the owners of El Mezcal and Matsu Ya—an effort to expand his business acumen, but to also spread the message that comes with the line. 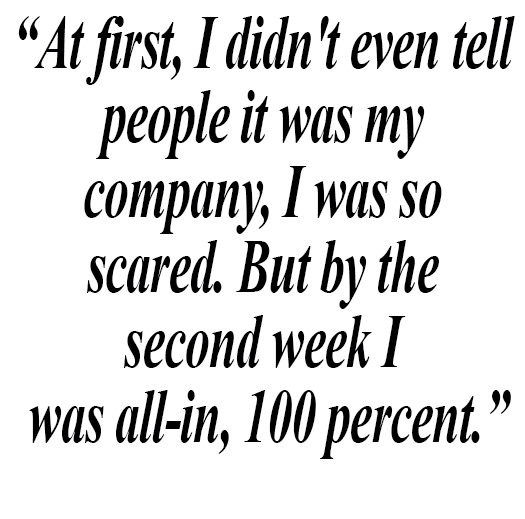 “I really want people to understand you have to be comfortable in who you are, no matter what,” he said. “No matter what other people think of you, you have to love yourself. Think of something you’ve overcome in life—that makes you who you are. People say it’s inspiring them…knowing that I’ve helped somebody is the best feeling.”

Mancheski also brazenly suggests his line has a “good chance” of changing the fashion industry in the future.

“Look at brands right now: Calvin Klein, Michael Kors…what do those have to offer to the people that are wearing them? It’s about the designer,” he said. “It has nothing to do with the wearer whatsoever. It’s all about the money, and I think that’s absolutely absurd. Moving forward, the world is changing to more collective, group things that help people.”

Mancheski said he’ll continue to grow the business while putting out feelers for new modeling gigs on the west coast. He’s already bought himself a one-way ticket for California, and he’ll return home when he’s ready.

“It might be time to conquer what brought me down,” he said sheepishly. “I’m not saying I’m going to model, I’m just going to see, to check out my options. I think I learned so much in New York, that L.A. would be a huge learning experience. I’m young, I’m not tied down, so if I’m going to do it, I might as well do it now. I never want to cheat myself.”

Mancheski credits his mother for a lot of his gumption, and he’s got advice he wants to pass on to other young entrepreneurs.

“You can’t teach passion and you can’t teach someone how to be humble…but stay humble,” he said. “You also need somebody to turn to; I think it’s very important to share your successes and failures, so you need someone to turn to. I’m just starting, so you can look at my advice skeptically, but I think a lot of people admire the risk I’m taking…honestly, if you find something you love to do, do it. If you get tingly feelings in your fingers when you talk about, if you dream about it at night, do it. You’ll be more happy than doing something you don’t love. I think more people need to take the risk.”

iame can be found at Bria Bella & Co., 925 Main St. in Downtown Stevens point, on Instagram, Facebook and online at iameclothing.com.

By Brandi Makuski Portage Co. deputies are investigating the Friday night death of a 15-year-old

No injuries in I-39 crash