Stevens Point police have announced a convicted sex offender will be released in the city on May 7.

Jeremy M. Smith, 42, was convicted in 2002 of second-degree sexual assault after attempting to drag a female gas station clerk into a bathroom to sexually assault her. Smith also reportedly fondled a 15-year-old acquaintance, according to a news release from the Stevens Point Police Department.

Smith was also convicted of tampering with his GPD tracking device in 2013. He was sentenced to two years in state prison and two years of extended supervision.

Police say Smith has completed his sentence, and he will move into 1019 Arlington Pl. in Stevens Point on May 7.

Smith is subject to lifetime GPS monitoring and will be under supervision with the Wisconsin Department of Corrections, and monitored by Sex Offender Agent Specialists with the Division of Community Corrections in Portage Co.

As a part of his release, Smith is prohibited from any unsupervised contact with minors and is not permitted to be in taverns/bars or liquor stores. He may not consume alcohol or drugs and is a lifetime registrant of the Wisconsin Sex Offender Registry, which can be publicly accessed at widocoffenders.org. 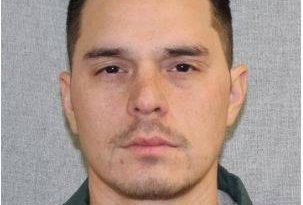 Author to discuss gangsters of Wisconsin past

Jan. 30 Overdose: Police and EMS responded to The Village Apartments, 301 Michigan Ave. at