Ronald R. Slicer, age 71, of Stevens Point, passed away with his wife by his side at The Bay at Colonial Manor in Wausau on Sunday, October 24, 2021. 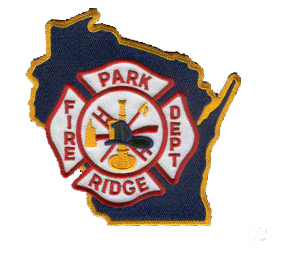 Friends and family will gather to share memories from 10-11:15 a.m. Saturday at the Shuda Funeral Chapel, 3200 Stanley Street, Stevens Point.

Ronald was born November 26, 1949, in Melrose Park, Ill., the son of William and Dorothy (Dunbar) Slicer. He graduated from Ondossagon High School in Washburn, Wis. Ronald graduated from UWSP with degrees in physics and math. He began working at Delzell Oil until he began his own auto mechanic shop.

Ronald served as the Fire Chief of Park Ridge for 33 years, retiring on February 10, 2018. He also served in the fire department for the Town of Dewey. He was a student of World War II history.

Ronald is survived by his wife, Mary, his daughter, Stacey Slicer, step-children: Shaun Michael (Katherine) McMahon and Angela (Marc) Kohn, his twin brother, Donald (Peggy) Slicer, and sister: Carole (Jan) Cory. He was preceded in death by his parents and his brother, Bill.

Online condolences may be sent by visiting www.shudafuneral.com.

With almost no public input, Pride crosswalk approved by mayor, not council