Stevens Point police are investigating the death of a 38-year-old man who was found in a residence on 6th Ave. early Wednesday morning. 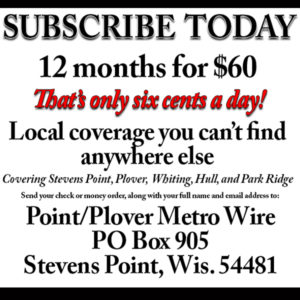 Lt. Dana Williams from SPPD said the victim has been identified as Jamie A. Harkness, a resident of Stevens Point.

Williams said an autopsy for Harkness was conducted on Thursday. His cause of death was not immediately known and the case remains under investigation.

More as we have it.

UWSP students help with physical ed for kids during the pandemic