Sullivan, 73, has a long history in the Stevens Point area, one largely entangled with local sports teams, but he’s also managed to find his way into locker rooms of some Major League Baseball teams, interviewing many of the players he encountered.

Sullivan has kept score for numerous sporting events and has called color for several, including previous Guns’n Hoses softballs games at Bukolt Park.

Wiza’s proclamation, which was printed on city letterhead becomes part of the city’s official record, follows: 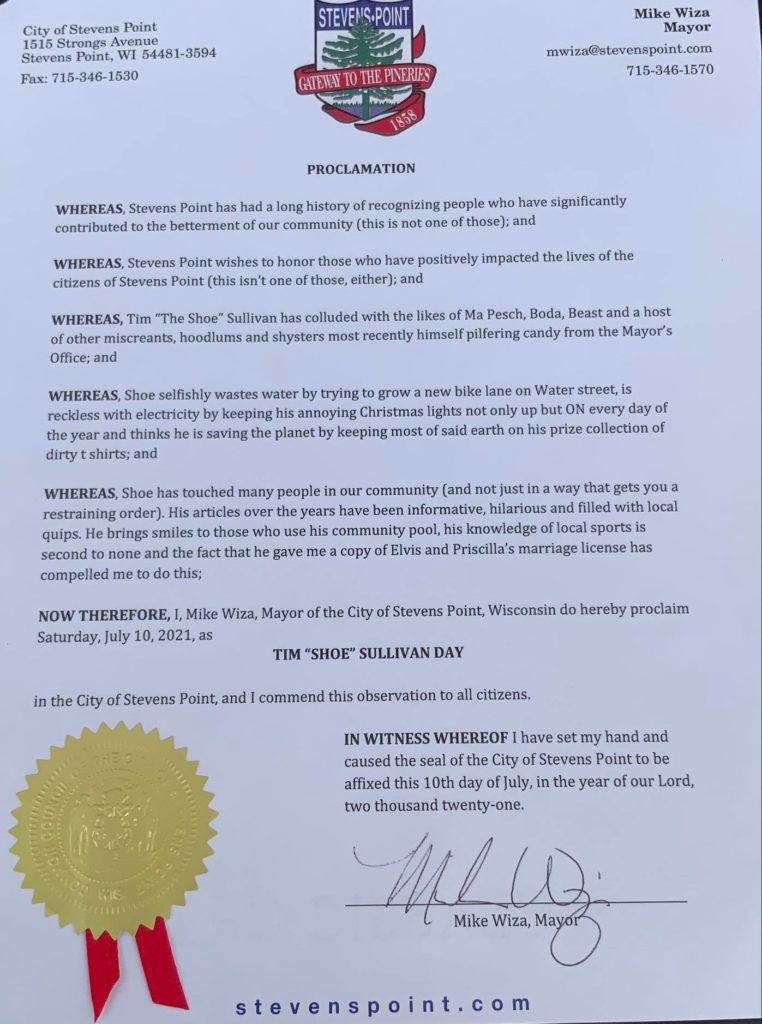 Movies in the Park returns to Pfiffner

September 15 What Brown did for him: An 84-year-old man called deputies to County Trunk