Mayor Mike Wiza said the idea came from 9th District Councilwoman Polly Dalton, at the suggestion of a constituent as a fun way to encourage support for local business and encourage public interaction.

Wiza said he’d initially planned to offer the idea as a resolution, but since the agenda had already been released, and he didn’t believe any member of the Council would object, he instead presented it as a proclamation at the June 21 City Council meeting.

“Stevens Point being in the 715 area code, and we’re talking about community pride and support for the community, coming up on July 15, with is 7-15,” Wiza said at Monday’s Council meeting. “It’s a fun idea, I hope you participate in it.”

There was no discussion after Wiza read the proclamation. 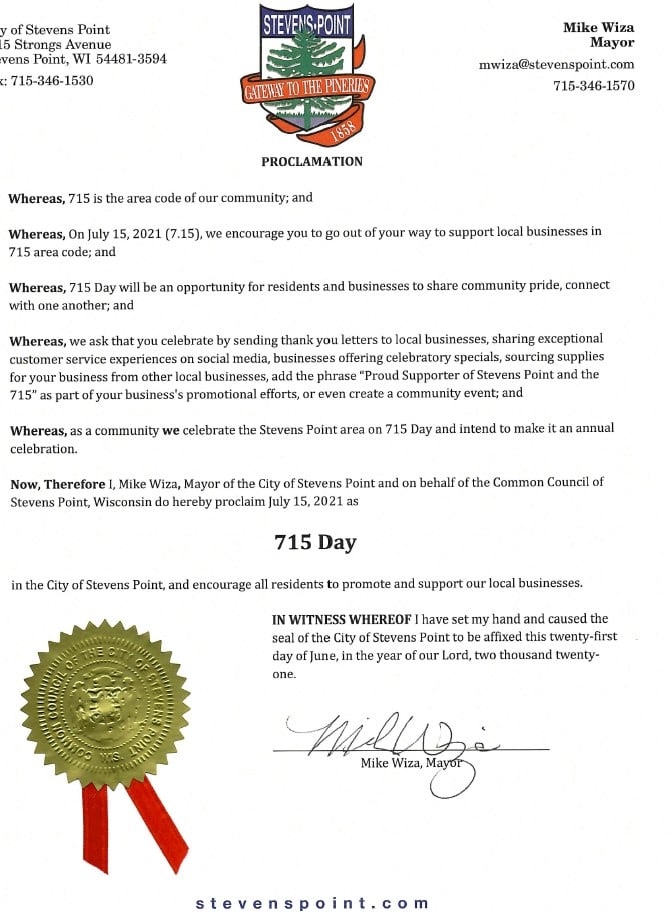 By Brandi Makuski Stevens Point police are investigating a burglary on the city’s east side.