SPASH took advantage of Wisconsin Rapids pitching with a six-run fifth inning by drawing four walks, one hit batter and a fielder’s choice by Mason King that allowed Jack Kelly to score. Brett Ehr hit a timely double to bring Justin Morton and Cade Konczal across the plate.

JD Schultz was the starting pitcher. Reese Gaber notched a win on the mound by pitching 3 innings allowing 5 hits, two runs while striking out three. Both Logan Schulfer and Dylan Davis entered the game out of the bullpen and helped seal the win for SPASH.

Donovan Brandl took a loss on the mound for Wisconsin Rapids. Brandl went 3 for 4 at the plate leading his team in hits.

SPASH will take on Wisconsin Rapids this Thursday at Bukolt Park with first pitch scheduled for 4:30 p.m. 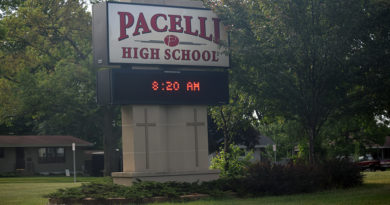 After numerous complaints, woman arrested twice in one day for disorderly conduct