Richard Fred Holden, age 69 of Stevens Point, passed away March 7, 2019, after a long struggle with his health. He was surrounded by family.

Richard graduated from Delavan Darien High School. He continued his education achieving an associate degree in data processing, a bachelor’s degree in mathematics, and a master’s in education. Richard’s vocation turned to municipal government for over 40 years of a career, which included the communities of Delavan, Darien, Walworth, Sun Prairie, Oak Creek, and Plover.

His most rewarding role during his career was as the community development manager for the Village of Plover, for over 20 years. During his time with the village, Plover doubled in population and estimated value. Richard was proud to have worked on numerous major projects, including Village Park at Plover and Cross Roads Commons.

While living in Delavan, Richard met and married Laura Beyerl in 1977. Their home was wherever the two of them planted their feet; as long as they did it together. They were blessed with a son Matthew, who was Richard’s pride and joy.

A time of visitation and sharing of memories will precede at the church on Thursday from 2-5 p.m.

In lieu of flowers, and per Richard’s request, please make donations to Celebrate Plover Foundation Inc., for capital improvements to the grounds at Lake Pacawa.

His family would like to thank Dave Hansen; Dr. James Nash; Aspirus Hospice (especially Beth and Donna); everyone at the Village of Plover (especially Dan Mahony); and the Stevens Point Area Convention and Visitors Bureau. 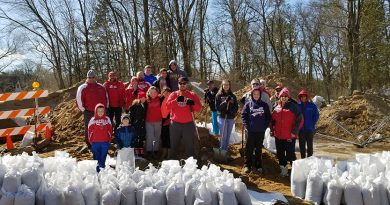 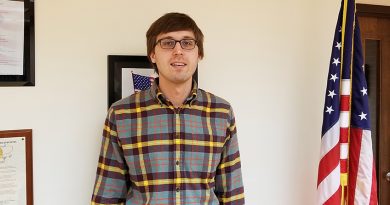 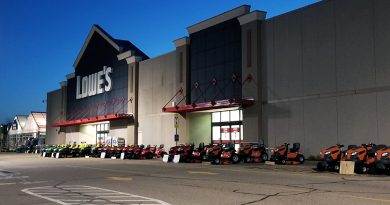 July 7 OWI: Police arrested a 22-year-old man for a charge of operating while intoxicated