At the August 12 meeting of the city’s Finance Committee, it became clear to me that the innuendo and misinformation that has been floating around about a ‘land swap’ proposal made from the city to the county has spawned at least a couple of conspiracy theories and cast a shadow upon the deliberate, public process that the county has followed over the last six months as we entertained the proposal.

That is, to say the least, unfortunate. That’s also why I decided to write this.

The county is happy to have the city discussing their proposal publicly, but the build-up that discussion included a memo written by Alder [Tori] Jennings that pointed to the silence between a March 28 public information meeting held at the County Annex and the June 18 County Board meeting.

The public record shows that in the March 28 to June 18 time frame, the county held two Space & Properties meetings and two County Board meetings where information was presented, the topic was discussed, questions were answered, and next steps were communicated.

That does not include the numerous meetings I held and continue to hold with members of the public who have reached out to discuss this issue and to share their various points of view.

Five publicly noticed information meetings—with an accompanying press release—were also held around the county between April 26 and May 9 in order to get public input on the unrefined ideas surrounding the city’s proposal.

This has largely been left out of the conversation, and much to its detriment.

Jennings’ memo also stated that the “Common Council first learned about the idea during a closed Finance Committee session on March 11.” The city’s website and record of the minutes show that on February 18 at about 8:30 p.m. the council voted to move into closed session, “on the following: a. Relating to negotiations between the City of Stevens Point and Portage County for future facility needs and locations.”

While we can’t know what was discussed in that closed session, the public notice indicates that the topic of discussion would be the potential proposal. In fact, the county had been doing the same thing as the city by taking the proposal to its decision-makers for their input before moving forward.

The county wouldn’t have moved forward if that was the case. Many might not realize it, but nothing happens without the approval of our legislative bodies. That is a part of the system of checks and balances that govern the process.

So it’s disconcerting to me that some seem to think that a proposal was already written in stone and without involving the City Council or County Board. And to anyone who believes that spending money on a conceptual or design phase leads to some sort of inevitable project or point of no return, I’ll simply point to the county’s trophy case full of high cost-no return case studies and architectural designs that have gone nowhere over the last 20 years.

I’ve been in this position for 16 months, and it didn’t take me long to recognize that we need to create more opportunities for constructive dialogue and actually talk to each other and the public instead of relying upon hearsay and innuendo to try and understand what the other is doing.

The public’s understanding of a given issue depends on our ability to communicate clearly to them and to each other as best we can and with all of the avenues we have available to us.

There are certainly difficulties with getting public engagement on any issue, but we provide public notice of meetings and try to create additional opportunities to receive public input. That’s why I also made a point of putting everything related to this issue on the county’s website, on the homepage, and under the “Current Projects” link in the section titled “In The Spotlight.”

If you haven’t had the opportunity to review that information, I encourage you to do so because these conversations around county infrastructure will continue regardless of whether or not a proposal from the city is on the table.

To be clear, the dialogue I am calling for and will continue to call for provides plenty of room for disagreement, but it implies a back-and-forth that is intent upon finding common ground solutions that everyone can feel a part of and mostly agree with. Debate, on the other hand, requires a clear winner.

That approach tends to generate the kind of opposition that—more often than not—creates the environment that dysfunction, delay, and dismay can thrive in. We deserve better, and we all have choices to make in how we interact with one another.

At the end of the day, there is a very hard truth that I will continue to remind everyone of: the infrastructure issues at the city and the county don’t care about one proposal or another or if we disagree on what to do about them. These problems will worsen until we resolve them.

As I noted at the June County Board meeting, my agenda is and always has been progress on these issues.

Whether the county and the city work together is immaterial to me, but I still think the proposal was worth exploring and I wholeheartedly believe that a stronger future for everyone in Portage County is achievable if we can work together more often and build the kind of trust we need in order to tackle the increasingly difficult issues of the day. 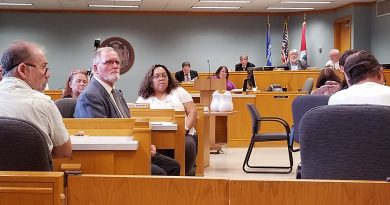 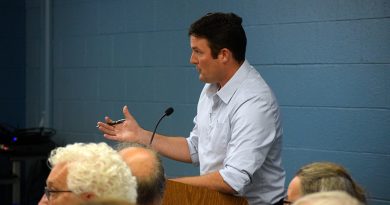 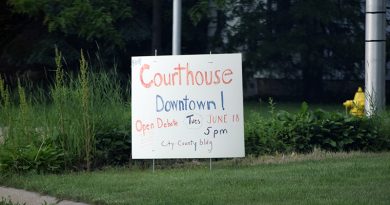 Photo of the Day: the power of inaccurate signage

Evers announces more cuts to state agencies due to COVID