The Village of Park Ridge was all-but shut down Thursday night, with “at least 18 inches” of standing water covering many of its roadways.

“We’re closing off every road in the village to thru traffic,” said Fire Chief Brian Lepper. “We called in a septic truck and he’s out pumping the streets; he’s dumped three loads of water already but it doesn’t look like it’s done anything.”

“We’ve done some damage assessments, some have already pumped their basements, one resident had an excavator come in with a huge hose,” Lepper said. “But the roads are impassable in too many spots for us to reasonably leave them open, and a lot of them are deeper than they look.”

Lepper said the village had exhausted all of its emergency management resources and declared the village a disaster area Thursday afternoon. The declaration opens the village to additional resources from the Wisconsin Emergency Management office.

Had it been a larger emergency, Lukas said the room would be full of county officials from “just about every department”, along with representatives from area municipalities. Food and sleeping arrangements can be accommodated in the EOC, Lukas said, in the event of a long-term emergency situation.

The trio kept informed on Thursday with to-the-minute information via multiple news channels, multiple websites, and a Wisconsin DOT camera feed displayed on the numerous screens across the room.

Williams said his office was preparing for the possibility of the Wisconsin River flooding and had already reached out to UWSP and the United Way of Portage County to establish a list of volunteers to fill sandbags, “just in case”. On the evening of March 14, Williams was on speakerphone with the office of WEM hoping to get additional resources for Park Ridge.

“Right now Park Ridge needs to get water off the streets, so I’m hoping maybe they have a truck they can send us to help pump that out.”

While Park Ridge is the only municipality to have officially declared a disaster as of 6:30 p.m., officials in other municipalities urged caution in the face of rising waters.

Plover firefighters had already used its pumper truck to suck water from at least one roadway. Chief Mark Deaver said he called crews in to help manage the localized flooding all day, using sandbags, orange barrels, and signage to divert traffic from the worst areas.

“We have a command post up and running, we’ve had three briefings today on what’s happening,” Deaver said. “The snow melted quick and conditions have gotten worse. People are seeing basements flooding and we’re recommending sandbags. If there’s water coming close to their house, they should be sandbagging their windows and garage.”

Deaver also said neighbors should check on each other, and assist elderly residents with sandbags or transportation if needed, but he warned against traversing water-covered roadways.

“I know of at least three vehicles that stalled when motorists tried to drive through the water,” Deaver said. “A lot of areas in the village are impassable, so we want drivers to find alternate routes.”

According to the National Weather Service, the Central Wisconsin area had 20-30 inches of snow piled in most areas before thawing began earlier this week, prompting the state’s insurance commissioner and emergency management to warn residents of potential flooding.

Portage Co. has been under a flood watch since Tuesday. It expires Friday morning.

Stevens Point Fire Capt. Ron Heibler said his department had not been deployed to any flooding-related calls but said, “we stand ready, as always, in the event of any emergency. That’s what we train for.”

“But I will say, don’t drive through the water,” Heibler said. “As little as four inches of moving water can disable your vehicle, and it’s very difficult to tell how deep water is from the driver’s seat. If you have to drive through water, start slow: if it comes up to your molding, it’s too deep and you’ll flood it out.”

Stevens Point is offering sandbags at the city garage, 100 6th Ave., to city residents experiencing flooding on their properties.

Sandbags are also available to Plover residents in the parking lot at School St. and Post Rd.

Residents in Park Ridge can obtain sandbags at the new development site on Green Ave. between Odessa Court and Park Ridge Dr./Main St.

Residents should bring a shovel to fill bags. You will see the area identified with orange cones. 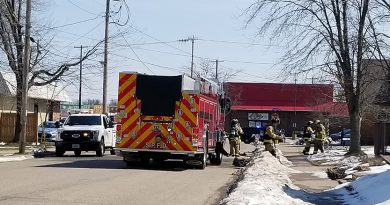 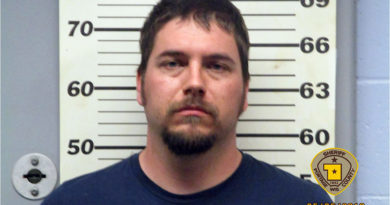 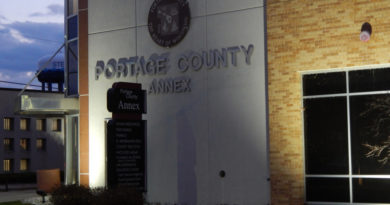 In potential property swap, county would lose its ‘jewel’

August 3 Theft: A 36-year-old man was cited for retail theft from the 5300 block

Blotter: Trespassers in the park, people sleeping on sidewalks, more…

Event to Roll Out Red Carpet for Local Kids