This reporter isn’t a fan of recent city politics, for the simple fact that it’s become a cesspool of blind partisanship. But when I first heard about the Stanley St. restripe proposal in September of 2016, it piqued my interest because it was clear from the start this proposal was taking a grassroots approach, and I am a fan of the civic process—which sometimes takes a quirky path to fruition.

Sept. 15 marks the two-year anniversary that the Stanley St. “road diet” was first discussed in a quasi-official setting. The meeting was held at Washington Elementary and was presented as a “neighborhood meeting” addressing issues stormwater drainage maintenance in District 8, local ordinances, and an informal presentation on “safety” along Stanley St.

The mayor wasn’t present. But to me and others in the audience, it felt and looked like an official city meeting: several city officials were there, including various department heads and four members of the Stevens Point City Council. Brief talks were given by Michael Ostrowski, director of community development, then-Public Works Director Scott Schatschneider and Nathan Sandwick, Community Development Educator for Portage County UW-Extension, who gave a presentation on the importance of civic involvement.

Tori Jennings, who was not yet elected to the city council, had the floor for much of the 90-minute meeting. Alderman David Shorr introduced Jennings as being “from Revisioning Point”, a local grassroots organization, but the fact that Jennings was also the chairwoman for the city’s (now defunct) bicycle and pedestrian advisory committee was never mentioned; a conflict I’ve always felt should have been disclosed from the start.

Jennings showed the audience a YouTube video (it wasn’t disclosed that night, but it was later discovered that Jennings herself produced it) highlighting the benefits of a four-to-three lane roadway conversion in Tomahawk, Wis., featuring that city’s director of public works discussing improvements of the traffic flow following the lane reduction which occurred there.

A lot of discussion took place following Jennings’ video presentation. Many in the audience whispered they saw no need to make any changes to Stanley St., though some agreed they had concerns, including Councilwoman Cathy Dugan from District 8, who said that night she was “terrified” of crossing road.

Although it certainly felt like an advocacy meeting wrapped in the disguise of honest city business, I had no serious concerns until Ms. Jennings actually confirmed the project was moving ahead, even though at the time it had never been discussed in any official capacity.

When one woman in the audience asked if the project was moving ahead on Stanley St., both Jennings and 8th District Councilwoman Cathy Dugan, who hosted the meeting, answered, “Yes.”

It was a gusty and disturbing answer. The proposal wouldn’t come before the city council for several months, and unfortunately, that meant proponents had ample time to apply pressure and personally frame the debate with misinformation, half-truths, and one-sided, out-of-context details on why restriping Stanley St. was such a good idea.

Despite this, Jennings won her first term on the city council the following April. Shorr ran unopposed an won a second term during the same election cycle. And Dugan was reelected by a count of 30 votes this past spring.

Their plans worked. Fast-forward 12 months. Public hearings begin on the potential to restripe Stanley St., and while the majority of those who spoke were against the idea of a road diet, many agreed something needed to change to improve pedestrian/bicycle crossing along the road.

Some publicly stated during those meetings they agreed with the proposal “as is”, and some even said they had acquaintances were agreed but were also in favor to speak out in public.

The idea has created for our community a watershed moment, and cemented at least some on the city council as members of what’s been nicknamed the “Bicycle Brigade”, or the more colorful “Kickstand Coalition”, a group seen as one that will go to almost any length and ignore existing procedures to get their way.

Whether or not you agree with the idea of restriping is no longer relevant. What’s happened here is far more bothersome than a simple lane conversion. Some in the public have become disillusioned, believing they no longer have a voice in city government.

After two years of debate, the community appears divided as ever over the project. And that is, quite possibly, the worst part of the entire thing. 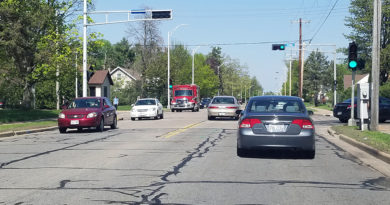 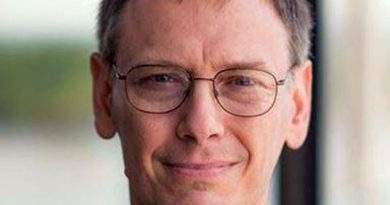 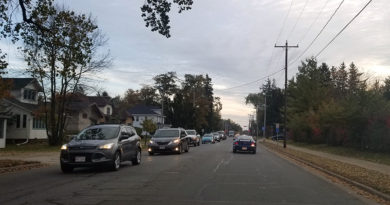